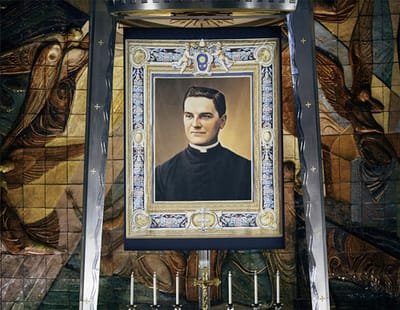 In a decree from the Vatican that was read at the Mass, Pope Francis credited now-Blessed Michael McGivney for his “zeal for the proclamation of the Gospel and generous concern for his brothers and sisters” that “made him an outstanding witness of Christian solidarity and fraternal assistance.” 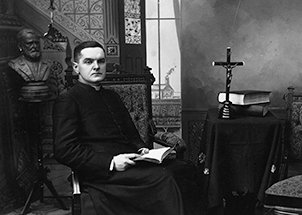 The beatification Mass follows five months after the May 27 announcement that Pope Francis approved a decree recognizing a miracle attributed to the intercession of Father McGivney. The miracle involved the healing of Michael “Mikey” Schachle from fetal hydrops, which causes a fatal accumulation of fluids throughout the body of an unborn child. The Schachle family, including Mikey, attended the beatification Mass and presented Cardinal Tobin with one of Blessed McGivney’s relic. Members of the K of C founder’s remaining relatives also participated in the celebration. 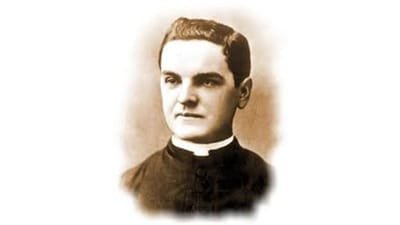 Supreme Knight Anderson thanked Pope Francis, Cardinal Tobin, Archbishop Blair and others for their support in this process, saying that he believes that the beatification will reinvigorate the Knights’ charity and strengthen the Order’s fraternal brotherhood. He evoked Pope Francis’ new encyclical Fratelli Tutti — which calls Catholics to decide whether to be “Good Samaritans or indifferent bystanders” — saying it was “providential” that it was published the same month as Blessed McGivney’s beatification.